new version of the NeoDCP Player was just released. Many interesting features are ready to be used: 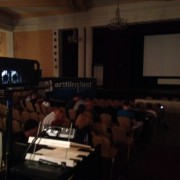 How to play supplemental DCPs

Get the latest version